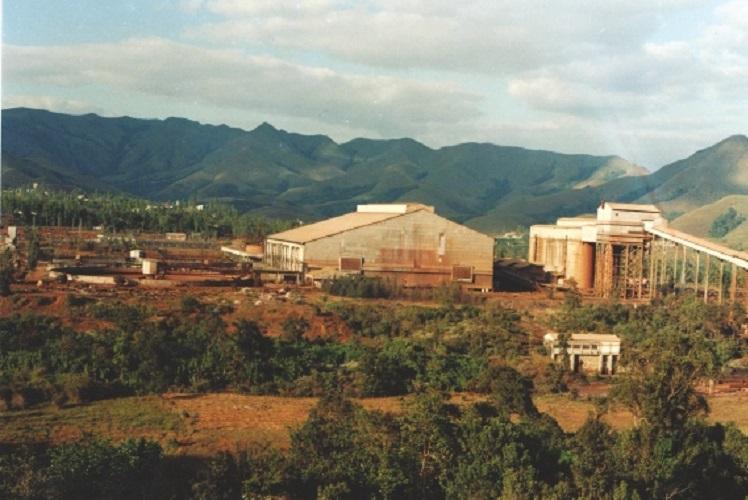 Respondents: Union of India and Ors

Natural resources have been irreversibly damaged due to the growth of industries and innovations in science and technology. The severe consequences of harming the environment are generally ignored due to the profit maximisation motive of private players in society. The lack of compliance with the existing regulatory measures has also added on to the dire consequences of environmental degradation.

Facts of the Case

Kudremukh is a National Park situated in the Western Ghats of India which boasts a rich flora and fauna. The forests in the area are among the 18 internationally recognised “Hotspots” for biodiversity conservation in the world. In 1969, Kudremukh Iron Ore Co. Ltd. (KIOCL) was granted the permission for mining in Kudremukh for a lease period of 30 years. The mining operations did not end after the expiry of the lease on 25th July 1999. The Company stated that they possessed “temporary working permission” from the government.

Mr K.M. Chinnappa, a retired Forest Officer and Trustee of the NGO’ Wildlife First’ filed an Interlocutory Application[1] in the Supreme Court of India challenging the correctness of the orders issued by the state of Karnataka and Uttar Pradesh respectively. The Company continued to carry out its activities by violating the court’s order. The NGO produced evidence establishing the lasting damage done by the mining company not only to the environment of the Kudremukh region but also to the Bhadra River and the agricultural lands of farmers.

Since Kudremukh National Park came under the purview of National Park defined under Section 35(1) of the Act, the court observed that it was advisable to refer the matter to the Central Empowered Committee established under section 3 of the Environment (Protection) Act, 1986. The Committee was of the view that KIOCL should wind up its operations within five years. The Company filed its response to the Committee’s recommendation and submitted that there was an existing legal right to get a renewal and that the State and the Central Governments at earlier points of time had granted a renewal of the lease for twenty years,  which was already accrued. The Company pointed out that it had subsisting contracts with foreign companies, and if the lease were not renewed, there would be considerable financial implications on account of the impossibility of performance of the contracts.

On the other hand, the Committee mentioned that the period suggested by them should be considered prospectively and not retrospectively, since temporary working conditions already covered the two years permit granted to the Company. The Committee also submitted that subsisting contracts of the Company with foreign companies were only operative till 2006 and the time frame provided to them was adequate to comply with their contractual obligations. To this, the Company further stated that they were earning valuable foreign exchange, and if the business were discontinued, it would render a large number of employees jobless. The Company also requested permission for mining activities in certain areas so that the primary ores could be extracted and exported in addition to the secondary weathered ores.

Finally, KIOCL, represented by Counsel Kapil Sibal filed an appeal against the Committee’s decision to which the Committee submitted that it was not maintainable. The Company’s original counsel K. K Venugopal highlighted that the Company had taken all possible and necessary steps to preserve and conserve nature and that the functioning of the Company was eco-friendly as it had extensively invested in preservation and protection of the environment to prevent pollution.

The Supreme Court dismissed KIOCL’s request and considered the main reliefs sought by the NGO, which were:

(a) To withdraw the illegal “temporary working permission.”

(b) To stop polluting the Bhadra River due to open cast mining;

(c) To take action against KIOCL for illegal encroachment in the forests and destruction in a forest area.

(d) To stop KIOCL from laying new slurry pipelines in the forests of the National Park.”

The court categorically held that there was no reason for the court to take a different stand from the majority view of the Committee. The court observed that mining should be allowed only till the end of 2005 until then the weathered secondary ore available in the broken area should be exhausted. The court also held that all the activities of the Company have to fulfil the recommendations made by the Committee for the preservation of ecology. The court added that certain proceedings had to be initiated against the Company for violation of various statutes and that the respective forums would consider these proceedings in their proper perspective.

The Company (KIOCL) violated various provisions of the Wildlife Protection Act, 1972 and other environmental laws. In addition to this, there was a lot of pressure from political parties to allow for KIOCL to function.[2] In September 2005, the New Indian Express not only questioned the original 2002 decision but also accused the CEC of bias and corruption and misappropriation of foreign funds by non-profit organisations.[3]

The Supreme Court’s order for closure of mining operations in the Kudremukh National Park closed another dramatic chapter in the history of environmental conservation in India. Faulty environment policies have failed to deter unscrupulous organisations and cooperatives from carrying out dangerous and hazardous activities. In Divisional Forest Officer and Ors. v. S. Nageswaramma[4], it was observed that the renewal of lease is not a vested right of the lessee and that there is a total prohibition against the grant of mining lease in a forest area without the concurrence of the Central Government. The Supreme Court in M.C. Mehta v. Kamal Nath and Ors[5] held that the state is the trustee of all natural resources which are meant for public use and enjoyment. The court observed that “the public at large is the beneficiary of the sea-shores, running waters, airs, forests and ecologically fragile lands. The state as a trustee is under a legal duty to protect the natural resources. These resources meant for public use cannot be converted into private ownership.” In M.C.Mehta v. Union of India,[6] the Supreme Court held that Article 21 provides the right to “Wholesome and Pollution Free Environment.”

Law controls human behaviour. The first change that is required to be brought by the legal system is to eliminate sources of pollution and second, to impose appropriate penalties on the polluter. It is the social and legal responsibility of human beings to protect the rich diversity of the environment, and the governments must shut down dangerous industries that cause harm to the environment. The directors of the corporations should also compensate the victims of such environmental disasters.

Closure of The Kudremukh Mining Site: A Victory in the Fight for Environmental Conservation