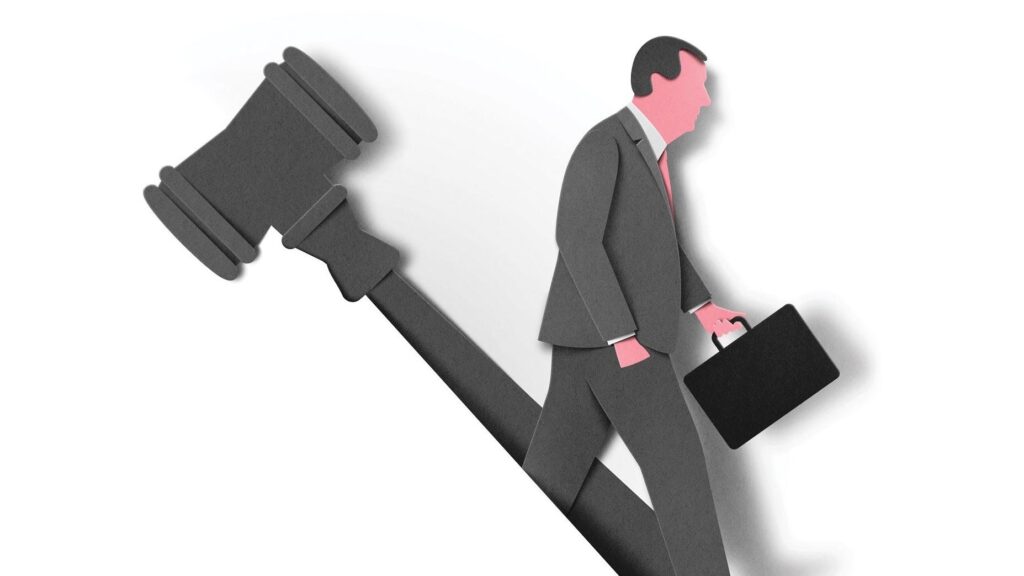 Corporate crimes refer to offenses committed either by a company (i.e. a private enterprise with a separate legal identity from natural persons managing its activities) or by entities operating on behalf of a corporation or another business agency. Corporations facing judicial dissolution over the worst business violations, also referred to as the “business death penalty,” a civil procedure in which a corporation is obliged to dissolve or cease to exist. Corporate crimes can be of various types, from which white-collar crimes and organised crimes are the most common. Corporate crimes engulf financial, economic and cybercrime too.

White Collar Crimes are crimes committed in the context of their employment by a person of high social status and respectability. It is a crime committed by workers or business people and usually involves a form of financial robbery or stealing. In 1939, sociologist Edwin Sutherland described the term “White Collar Crime” as a non-violent felony committed by business owners who have access to substantial amounts of money by fraudulent activities. White Collar Offences are committed by people who are not involved in legal businesses, across a wide range of activities. Unless their crime is exposed, offenders have a respectable part to play in the communities. The legislation on white-collar crimes depends on the type of crime committed.

There are many types of white-collar crimes, the following are some of them:

The prevailing belief is that, irrespective of corruption or economic instability, white-collar crimes are committed. However, regardless of the situational burden or the innate essence of possessing more than any of them, some crimes are always committed. Any defendant is convinced that their actions are not assaults, as the behaviours involved do not resemble street crimes. In committing crimes, some people excuse for thinking that the administrative legislation does not understand the realistic complexities of competition in the free enterprise climate. The lack of awareness of people is one of the main factors of white-collar crime. The nature of the crime is different from traditional crimes, because while they are the worst victims of the crime, people scarcely remember it.  Greed is another of the crime commission’s reasons. Some people claim that others break the rules as well, and so it’s not bad if they do the same. Another factor inherent in committing crimes is requirement. To appease their ego or help their families, people commit white collar crimes.

Organized crime is defined as “one involved in continuing serious illicit activity to a considerable degree elsewhere, typically operating with others.” Organized offenders operating together for the duration of a single illicit crime or crime are what we call an orchestrated gang of criminals. The mechanisms of organised crime are distinct. Successful gangs of organised crime often consist of a long-lasting nucleus of significant people. There is a circle of supervisors, advisors, and other more temporary members accompanying them, plus an expanded network of redundant associates. In reality, most gangs are loose networks of criminals that come together for the duration of an illicit activity, operating on their skills and expertise in different roles. Collaboration is strengthened by shared knowledge (such as incarceration) or guidance from trustworthy individuals. Others are related to family or race relations. Organized criminals make use of practitioners, often from a number of criminal organisations, who deliver services. Tools include transportation, money laundering, loan management or the supply of false documents, a wide number of organised criminals underpin identity theft.

These crimes cause instability in the economy of any nation. Corruption being the worst reason for such an instability. Corruption costs are estimated to be more than 5% of global GDP at $2.6 trillion (WEF) and more than $1 trillion paid in bribery each year (World Bank).On average, it raises the cost of doing business by up to 10 percent.[1] Business mechanisms such as fair competition are skewed, transaction prices and uncertainty are increased, and domestic and foreign investment is deterred, stifling growth, creativity and future opportunities for industry. Investment in corrupt countries is 5% less than in relatively corruption-free nations.

International outrage at the payment of bribes to foreign public officials has led to the establishment, within the scope of the OECD Convention on the Bribery of Foreign Public Officials, of a comprehensive international agreement on the prohibition of bribery worldwide. The Convention requires OECD Member States to commit criminal acts for the payment of bribery to public authorities by any of their citizens and companies, in any jurisdiction in which they are established or anywhere bribery is paid. This also brought an element of forced extraterritoriality to the constitution of several nations. Except in the absence of the relevant host state rule, the rule of the home state applies to its citizens. However, by the majority agreement of the Convention, those jurisdictions together limit the aspirations of economic dominance of more powerful regimes and the fact that main gains are being achieved by host nations, not by the home governments of companies expecting to benefit from the payment of bribes.[2]

Commerce, competitiveness, innovation and global economic growth are threatened by cyber-crime. If more government and business operations move online as more economies, companies and people around the world connect to the Internet, the cost of cybercrime will continue to increase. Intellectual property theft loss will also escalate as acquirers escalate their ability to make use of it to produce competing goods.The fast-growing class of intangible assets and their legitimacy are being threatened by cybercrime. According to CSIS McAfee research of 2014, Cybercrime adds around $475 billion annually to the global economy, ranging from a small level of $375 billion in losses to a peak of $575 billion.[3]