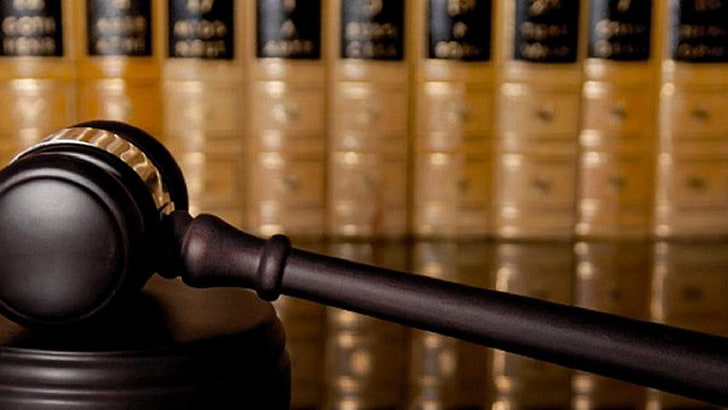 Articles 72 and 161 of the Indian Constitution deal with the power vested in the President and the Governors, respectively, to grant pardon in certain cases, based on the advice of the Council of Ministers.[1] These provisions are in line with India’s obligations under the International Covenant on Civil and Political Rights. [2] Article 6(4) of the International Covenant on Civil and Political Rights provides for anyone who has been sentenced to capital punishment to have the “right to seek pardon or commutation of the sentence.” A similar right has also been established under the United Nations Economic and Social Council (UN ECOSOC) resolution for protection of individuals who have been sentenced to capital punishment.[3] The UN ECOSOC resolution further provides that no death penalty can be carried out till such appeal is pending.[4]

THE STATUS OF THE RIGHT TO SEEK MERCY

The use of clemency powers provided in the Constitution has been interpreted as an executive action[5] and a constitutional responsibility rather than a “private act of grace.”[6] Consequently, it may be subject to judicial review on certain grounds.[7] Some of these grounds include exercise of power based on political considerations, arbitrariness, and transgression of jurisdiction.[8]

While justice seasoned with mercy has been considered a mark of decency in a society,[9] the actual application of these constitutional provisions has been subjected to criticism on various accounts. An important point of criticism focuses on the status of the right to present a mercy petition and the time period within which such petitions must be decided. Articles 72 and 161 of the Indian Constitution are obligations of the executive and not just prerogatives, and therefore, the right to seek pardon under these relevant provisions is a constitutional right.[10] Pursuant to this reasoning, in Shatrughan Chauhan v. Union of India it has been held that such petitions must be disposed in a reasonable manner with diligence, else it becomes the duty of the courts to intervene.[11] The case of Simon and Ors. is considered an example of exorbitant delay in the disposal of mercy petitions.[12] The mercy petitions filed in this case were rejected after 9 years and by then, the petitioners had spent more than 19 years in prison.[13] Finally, their petitions were allowed by the Supreme Court.

THE NEED TO IMPLEMENT TIME LIMITATION FOR CONSIDERING MERCY PETITIONS

The Supreme Court has recognized the dehumanizing suffering which a death row convict is subjected to due to inordinate delay in the disposal of their mercy petition.[14] Delay in disposal of a mercy petition makes the individual live in a state of constant anxiety and uncertainty. Further, death row convicts are often placed in solitary confinement as soon as a death sentence is pronounced.[15] The Supreme Court has clarified that solitary confinement should only be imposed when the sentence is executable, implying that the mercy petition, if any, has been rejected.[16] However, despite its clear illegality, the practice is still widely implemented in many places.[17] Thus, “prolonged delay” in deciding a mercy petition has been treated as a “supervening circumstance” which has the effect of making the death sentence “in executable.”[18] In T.V. Vatheeswaran v. State of Tamil Nadu, the court had held that a delay of more than two years in deciding a mercy petition would result in the quashing of the concerned death sentence.[19] However, in Sher Singh v. State of Punjab, the court stated that trial and appellate courts themselves take many years to come to a decision and hence, no fixed period of delay in considering the mercy petition can frustrate the death sentence.[20] Moreover, making a sentence unexecutable due to delay in the disposal of the mercy petition may prove to be unjust towards the victim or their representatives.

However, a few years later, the Privy Council considered T.V. Vatheeswaran v. State of Tamil Nadu[21]and Sher Singh v. State of Punjab[22] while deciding on the implications of delay in the execution of a death sentence.[23] It held that a State which continues with capital punishment, must make arrangements to swiftly execute the death sentence after providing the individual access to the appellate procedures.[24] It was further remarked that an unjustifiable delay in the process is indicative of faults in the system and not the petitioner.[25]

Additionally, the lack of a time limitation in deciding mercy petitions can be exploited to cause a travesty of justice or at least cause a considerable delay. It was alleged that the individuals convicted for the 16 December, 2012 rape and murder case had adopted a strategy of filing separate mercy petitions, one after the other, in order to delay the execution of their death sentence.[26] In view of this example, it is imaginable that the absence of a time limitation in deciding a mercy petition can be utilized to harm the interest of justice by causing delay. Thus, it is important to impose some form of time limitation within which mercy petitions must be decided. A petition before the Supreme Court has already requested for implementation of rules regarding the timeline which is to be followed in dealing with mercy petitions.[27] Consequently, it is suggested that a new proviso must be added to Articles 72 and 161 of the Constitution of India for stipulating a time period within which a mercy petition must be decided.

IMPLICATIONS OF THE INTRODUCTION OF A TIME LIMITATION

However, in Maru Ram v. Union of India[31]The Court had observed that the positions of the President and the Governors are symbolic and that the actual power is vested with the Central and the State governments, respectively. These positions were interpreted as mere “euphemisms” and it was established that they must act according to the advice of the Council of Ministers and not as per their own judgement.[32] Further, it was held that the pardon or commutation may be granted based on a governmental decision, however as a matter of “constitutional courtesy,” the Governor should “authorize” such action.[33] Therefore, the introduction of a time limitation in deciding mercy petitions will ensure that the President and the Governors act in accordance with the advice provided to them and pronounce decisions within a reasonable time frame. This will imply that they will not be able to ignore the advice provided to them by not responding to the mercy petition presented before them.

Executive clemency has often been held to mitigate the “rigors of the law” and to accomplish justice without undermining the letter of the law.[34] However, exorbitant delay on the part of the executive in deciding mercy petitions does not only violate the rights of the petitioner but also allows for great misery to be inflicted upon the petitioner. Hence, it is submitted that justice needs to be served without any unreasonable delay. Further, the implementation of a time limitation will ensure that the President or Governor, as the case may be, act in compliance with the advice tendered to them by the Council of Ministers.